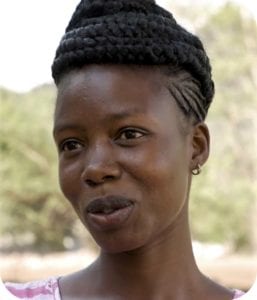 With a father already struggling to feed his family, Grace Oko couldn’t imagine an existence more difficult. Her father’s untimely death in 2001 suddenly thrust an ill-equipped mother in the spotlight to care for the family. Her mother unable to feed the children, Grace took to the streets of Eldoret in 2001 where the constant struggle for survival gave the word difficult a new dimension. Living day-by-day in poverty, Grace caught the eye of a good Samaritan who took her to the local police station. The police informed Charles and Esther of Grace’s plight on a routine visit to deliver food and clothing to slum-imprisoned children.

Grace’s strife soon transformed to a reborn life as she was one of two children selected to become part of the Biggest Family in the World. Restored at Eldoret, Grace transferred to Ndalani where she flourished and graduated from high school in 2014. After passing her exam and witnessing the dire need for qualified people to serve in this area, she chose to study social services at the Kenya Institute of Social Work and Community Development. On completion of her degree in 2016, she elected to return to MCF to serve her brothers and sisters and to repay Mully Children’s Family for the life saving grace they extended to Grace. 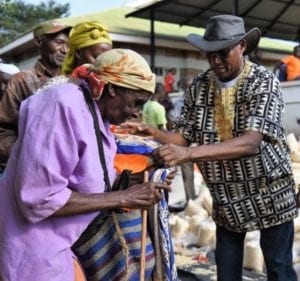 Matthew, Mark, and Luke each recount the story of Jairus, a synagogue leader, when his 12 year old daughter became gravely ill. In a final act of desperation, Jairus sought out Jesus of Nazareth to heal his daughter. Though the daughter died before they reached the house, Jesus proclaimed she was merely sleeping. After excusing the large crowd that laughed at his apparent misdiagnoses, Jesus softly said “get up, little girl”. She awoke, rose from the bed, and walked.

Targeting the abandoned, neglected, emotionally and spiritually dead, Mully Children’s Family parallels the loving and healing acts of Jesus by rescuing and restoring orphans and street children. 2018 witnessed countless stories of life transformation with remarkable numbers from MCF share to you:

Akin to Jesus’ intense reliance on his 12 Apostles to spread the Gospel, MCF could not have achieved these astounding numbers without you – our gracious and generous donors. A heart-felt asante sana shout out goes to each of you in your relentless and indelible resolve of Saving Children’s Lives. 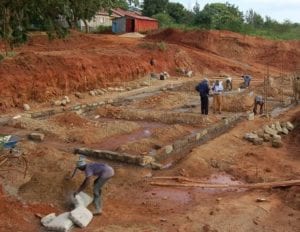 Offering food, shelter, clothing and vocational training for victims of rape, abused girls, and child prostitutes, the Yatta Women’s Center presently cares for and protects 200 child mothers and their 90 babies. While visiting MCF a year ago, a small group of 5 people recognized first-hand a crucial need in the restoration process of these young women and their babies. Their vision was to build a Day Care Center to not only care for, but to educate the babies

while the mother’s learned their vocational training. Characterized by their commitment to the goal, the Passion Pack pooled their disparate but highly complimentary talents to raise over $300K to construct the center which is now underway. Analogous to the young boy who gave Jesus his lunch which eventually fed 5,000 people, remarkable feats can come from small things when the passion, commitment, and Holy Spirit are present.

Located in the rolling hills of suburban Birmingham and founded in 1841, Christian-based Samford University is the nation’s 87th oldest and Alabama’s top- ranked private university. Samford now has a direct link to Mully Children’s Family which began a few months ago when a Dean and art professor visited the Kenya campuses. Awestruck and inspired by the scope and impact of the ministry, the two spearheaded an initiative to send 12 – 15 talented art and music students to MCF. The students will impart their art and music talents with MCF children during an intensive 2 week summer camp training session in 2020. Assuming the pilot goes well, Samford envisions an internship program after this pilot run.

Inspired while viewing the Mully Movie, Vickie Rohrbach a secondary Science and Bible teacher in South Dakota, felt compelled to share the movie with her students at Aberdeen Christian School. Compassion rapidly morphed into action as the students ambitiously decided to hold a school wide talent show to raise money for the MCF ministry. Despite sub-zero temperatures and 25 mph winds, over 350 people braved the cold on February 7th as 16 student conducted entertaining acts followed by a Mully video which outlined the ministry. Ms. Rohrbach further evangelized the MCF ministry through her own self-generated presentation. After factoring in admission revenue, concessions, a silent auction, and donations, the students’ efforts amassed over $1,500 for MCF! In addition to spreading the Mully Children’s Family Gospel to the Mt. Rushmore State, the students exemplified the school’s mission statement – Equipping Students to Glorify God. 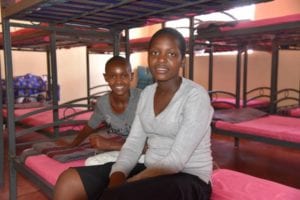 What do you give the man for his 70th birthday who already gave everything to God? Beds – and lot’s of them. The 2018 influx of over 500 new rescued children into the MCF Family triggered overflow sleeping conditions, often cramming up to 4 children per bunk bed. To alleviate this undesirable situation, MCF USA extended an invitation last month to surprise Charles with a memorable and symbolic birthday gift – a new bed representing each of his 70 years. Instinctively, our gracious donors delivered once again by exceeding the goal and presenting Charles with enough beds to comfortably sleep 280 – 560 children! Now Charles’ can sleep better at night knowing his children are sleeping better.

Supporting and nurturing 3,500 children daily is a daunting task but generous donors such as you make it happen by contributing 50% of the annual cost to run Mully Children’s Family. While aggressive agriculture, dairy, and poultry sustainability initiatives generate sizable income, we still need your help. The primary goal of the MCF Care Partner Program is to level unpredictable donation patterns through more consistent monthly giving. This enables the leadership team to better plan and optimize the precious resources received from our donor base. Click on Care Partner Program for more details on becoming a monthly recurring MCF donor.