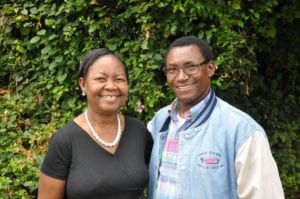 Warm Greetings to Our MCF Extended Family and Friends,

“What a friend we have in Jesus, all our sins and griefs to bear,Hwat a priveledge to carry everything to God in prayer…….Are we waeak and heavy laden, cumbered with a load of care? Precious Savior still our refuge, take it to the Lord in Prayer”

Joseph Scriven, wrote these words after going through very difficult experiences in his life. In the spring of 1844, he was engaged to be married to his longtime friend when on the eve of their wedding, she rode a horse to meet Joseph and while crossing a bridge over the River Bann, her horse became startled and she fell off and into the water. Moments later, Scriven arrived and watched helplessly as he stood on the other side of the raging river to witness his fiancee who had drowned. Years later, he would lose his second fiancee a few weeks before their wedding due to pneumonia.

The words in this hymn are derived from a letter that Scriven wrote to his mother later in life. For nearly 40 years, Joseph committed his life through love and good deeds to the community. A man well acquainted with sorrow, he used simple words to express his relationship with God, in spite of the difficult tragedies he had experienced. The words were later transformed into a hymn that indeed does show us the true character of God.

With the difficult and tragic times we continue to experience across the world, the meaning of the words found in this hymn still stands true. In spite of it all, God remains our refuge and all we have to do is to surrender and take it to the Lord in prayer.