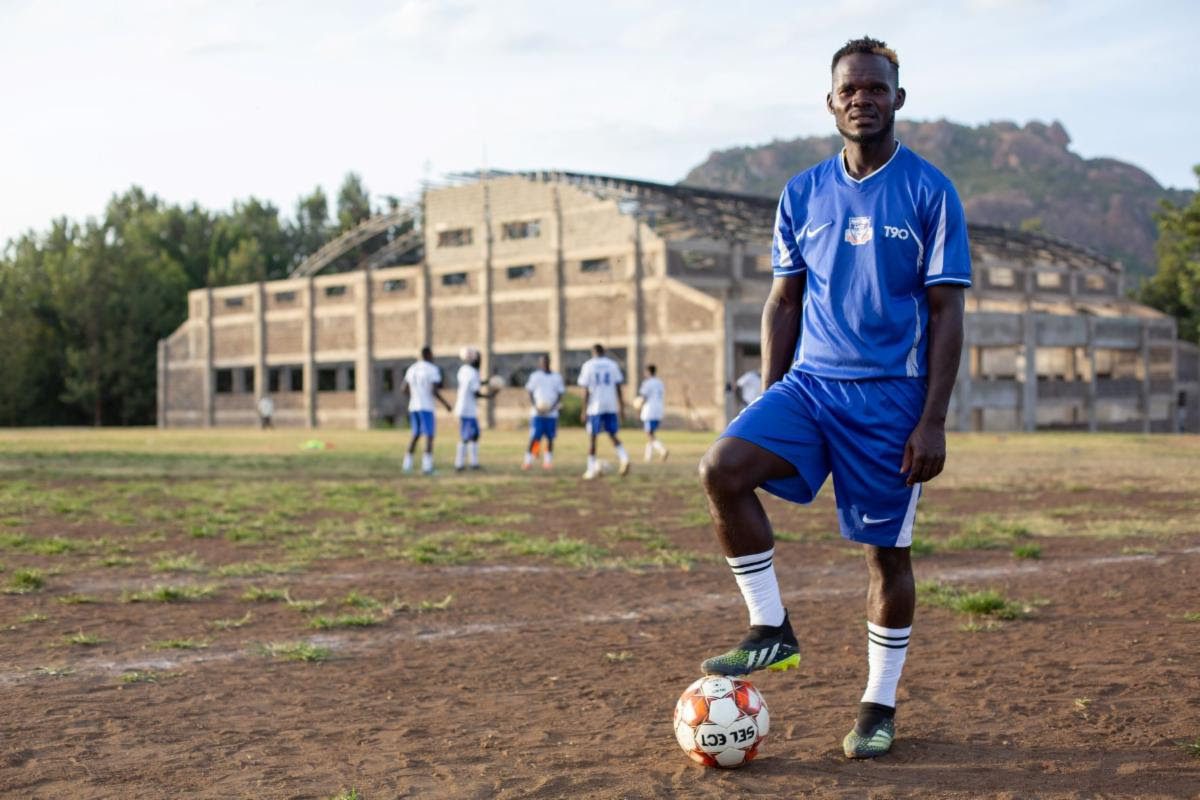 Collins is the firstborn in a family of four siblings; his parents passed away when he was very young. As the firstborn child, he assumed the role of a parent and a breadwinner. He dropped out of school to join the street life to fend for his siblings. Unfortunately, in 2001 two of his sisters fell ill and shortly after passed on.
In 2003, Collins was arrested in the streets and placed in a juvenile center in Eldoret, where he stayed for several months. In 2004 he was committed through the court to MCF and was enrolled in grade four. Collins’s love for soccer was evident, and his keenness on construction was noticeable. He is currently a qualified mason, the best midfielder in the MCF Football Club, and the team’s highest scorer.
On Tuesday February 15, he was involved in a motorbike accident; he was a passenger, and a car hit the bike from behind. He sustained deep open wounds and a severe head injury with loss of consciousness. He was urgently rushed and admitted to the High Dependency Unit at Coptic Hospital in Nairobi. A CT scan showed a subarachnoid hemorrhage. He was put on treatment, and we are glad that his health has successfully improved by the mercies of God, even the brain hemorrhage dissolved. Collins was discharged from the hospital on February 28 for home care treatment and follow up in an outpatient clinic. Even with his health improving significantly, he still has significant memory loss and disorientation.
Please pray for his healing, complete recovery, and restoration to perfect health. We are thankful for the cordial relationship with Coptic Hospital, which allows our emergencies to be attended to upfront. Currently, we have a substantial outstanding medical bill for Collins and other MCF beneficiaries who have received medical attention from the said hospital. However, we are confident that the Lord shall provide the finances in due course.
Hebrews 4:14-16 KJV
Seeing then that we have a great high priest, that is passed into the heavens, Jesus the Son of God, let us hold fast our profession. For we have not a high priest which cannot be touched with the feeling of our infirmities; but was in all points tempted like as we are, yet without sin. Let us therefore come boldly unto the throne of grace, that we may obtain mercy, and find grace to help in time of need.
ShareShareShare
Posted in News, Prayer