Dr. Charles Mulli and Mully Children’s Family were recently featured in an episode of The Story of God with Morgan Freeman. 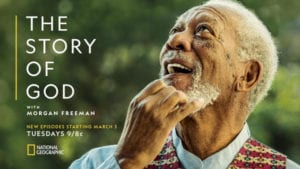 This episode aired on the National Geographic Network March 19th and is entitled “Visions of God.”
Morgan Freeman explores the mysteries of divine visions; he meets a woman who believes she was cured of paralysis by miraculous waters, an Anishinaabe man who endured days alone in the wilderness, and a man in Kenya who sold everything he had to help save children’s lives after an event with God…
Check you local listings for specific repeat show times or program your DVR, Tivo, or Youtube TV to schedule a recording.
Visions of God
The Story of God 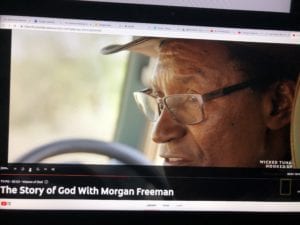 The Story of God: Academy Award winner Morgan Freeman explores the meaning of life, God, and many big questions in between in an effort to understand how religion has evolved and shaped society. A different divine subject is covered in each hourlong episode, titles of which include “Creation,” “The Devil Inside,” “Afterlife,” “Apocalypse,” and “Who Is God?” To explore these topics, host and narrator Freeman visits nearly 20 cities in seven countries to see some of the world’s greatest religious sites, among them Jerusalem’s Wailing Wall, India’s Bodhi Tree, Mayan temples in Guatemala, and the pyramids of Egypt, and he immerses himself in religious experiences and rituals.
ShareShareShare
Posted in News